How the Thermal Circuit Breakers Works 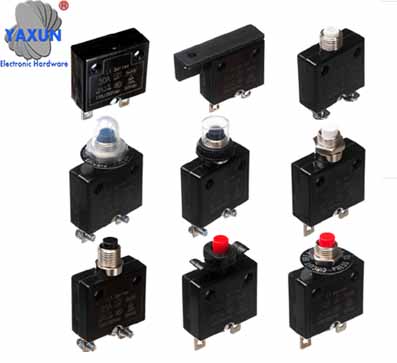 What is a thermal circuit breaker and its function?

How did thermal circuit breakers come about, what advantages do they have and where do you use which tripping elements.

The invention of the light bulb dates back to 1879. The first “mini automat” to protect devices from overcurrent was invented four years later. At the beginning, the trigger elements were usually magnetic coils. They were used to protect light pipes. Magnetic circuit breakers were and are only suitable to a limited extent for protecting motors. With the beginning of the First World War, the motor manufacturers had to radically reduce the high reserves of the motor windings for cost reasons and therefore looked for suitable motor protection. The solution was the thermally delayed overcurrent release. Further developments followed. Initially, the circuit breakers only had one trigger system. They either triggered thermally or magnetically.

In 1923, the engineer Hugo Stotz made a pioneering achievement: He combined the two release systems and thus invented the thermal-magnetic circuit breaker. In this solution, the current flows both via an electromagnet and a strip of bimetal. In the event of a short circuit, the magnet trips; in the event of an overload, however, the bimetal trips the circuit breaker. This principle is still used today in the so-called miniature circuit breakers in fuse boxes. These can be found in households as well as in the professional sector. 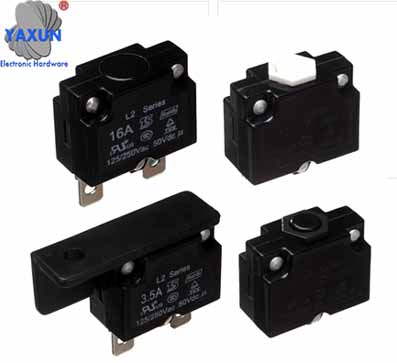 The advantages of the circuit breaker

In addition, the thermal device circuit breaker has evolved as an independent branch. Today there is the DIN EN 60934 standard for this purpose. This is based on the heating of a current-carrying heating element, for example a bimetal.


The advantages at a glance:

Thermal circuit breakers ensure reliable overload protection.
They are largely insensitive to inrush current peaks from motors, transformers and solenoid valves.
They trigger earlier at higher ambient temperatures. This is an important advantage for all electrical consumers whose load capacity is heavily dependent on the ambient temperature.
The use instead of fuses avoids downtimes. Circuit breakers can be easily and safely switched on again after they have been tripped. An exchange, as with a fuse, is not necessary.
In 1953, the German company E-T-A was the first European company to bring a purely thermal device circuit breaker onto the market. Today, thanks to a comprehensive program, the company is the world market leader in this product segment. 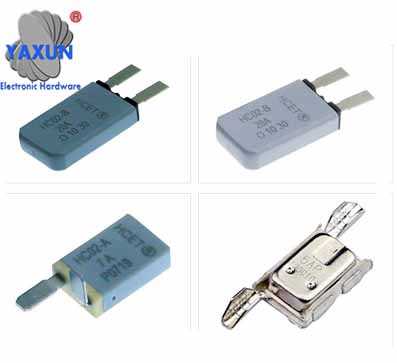 There are various technical options for triggering thermal device circuit breakers. A distinction can be made between fusible link, expansion wire and bimetal releases. The decision to select a type is made by the engineer based on the requirements of the applications to be protected.

Fusible link release: During normal operation, the fixed fusible link prevents the movement of an energy storage device under spring force. An overcurrent causes the solder to melt and the energy storage device released triggers the circuit breaker. Resetting, however, is very time-consuming. For this reason, the principle was only in use until around 1960.

Expansion wire release: This technology uses the particularly high expansion coefficient of special metals to open the circuit breaker contacts. The current flows through a wire made of the material, which is mounted between two springs. This expands and lets the element snap over when it reaches a certain temperature. With this principle, very fast thermal characteristics can be realized. Another plus point is the high release accuracy. Stretch wire releases can be found in knife grinding machines or electric carpet brushes, for example. They are also used to protect circuit boards.

Bimetal release: A bimetal consists of two metals which, due to their different coefficients of thermal expansion, expand to different degrees when heated. When the temperature changes, it bends because the metals are firmly connected to one another. A bimetal release can be implemented on the one hand with a bimetal strip with a latch and a separate spring-loaded contact mechanism. Strip bimetals can be adjusted easily and precisely. Tight characteristics can thus be achieved. In addition, very small nominal currents can be realized. Strip bimetals are used, for example, in medical devices, sweeping machines or floor cleaning machines. The second possibility of triggering is a bimetallic disk with a snap effect, to which a contact is directly attached. This is an inexpensive solution due to the simple construction. However, the snap disks can only be adjusted to a limited extent. Snap disk bimetals are a little more nimble in triggering than strip bimetals. The bimetal generally has the advantage of a lower working temperature compared to the expansion wire. This is around 100 ° C. The stretch wire, on the other hand, needs around 300 ° C. In addition, the bimetal has a longer usable travel distance and its time constant corresponds more to that of a motor. Snap disk bimetals are used in compressors, fans and socket strips.

Despite the advent of electronics, thermal circuit breakers are still the optimal overcurrent protection in many applications. In particular, the bimetal technology has established itself as the standard for tripping elements of thermal circuit breakers due to its versatility in the industry. One thing is certain: the success story of this robust and cost-effective solution for overcurrent protection is far from over.
Share:
PREV：Function of motor overload protector
NEXT：China Manufacturer of Thermal Circuit Breakers