What is Bimetallic strip? Bimetallic Thermostat function and selection?
A bimetallic sensor is a device that is composed of two metal sheets, each one made of a different material with different characteristics. These sheets monitor temperature changes and depending on the heat that passes through them they can contract or expand.


Temperature
For temperature applications we can find two different ones as thermostats or as thermometers.

Thermostat
We can find two different types, those of fixed temperature and those of variable, these sensors are placed together with a heat source and are used to regulate the temperature in the selected degrees through a mechanism.

For example, for those with variable temperature we have a heating system and we select 22º, this device generates the necessary heat until reaching the selected limit and when it exceeds that limit the circuit is interrupted, once the temperature is below the level it returns to activate and so on to maintain the selected temperature.

Thermometer
The sheets are placed next to a mechanism that translates the curvature to a temperature scale in either degrees Celsius, Kelvin or Fahrenheit.

Bimetallic thermometer
Over current
The bimetallic ones are used mainly to monitor the amount of electrical current that passes through a conductor, when it exceeds the nominal values it generates a heat source that makes the sheets react and they form a curvature that causes the circuit to be interrupted indicating that it exists an overcurrent at that point.

Bimetallic relay
Specific applications
Previously, bimetallic ones were used in the flashing lights of cars, although these have already been replaced by electronic components. 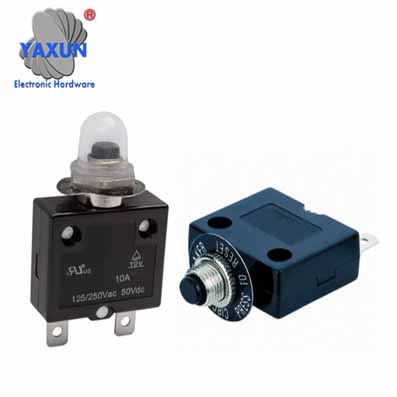 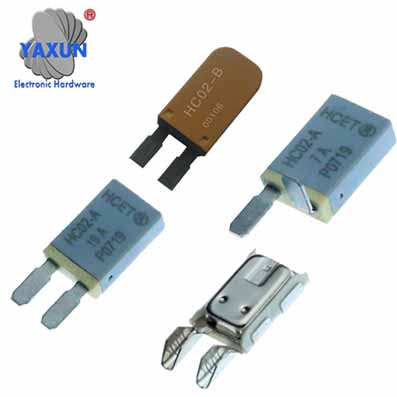