Product Item: China electronics and electrical Fuse Manufacturers
Category: Current fuse
Fuses are also known as current fuses, and the IEC127 standard defines it as a "fuse body." It is primarily a function of current overload protection. When the circuit fails or abnormal, accompanied by rising current, and the rising current may damage some important devices in the circuit, it is possible to burn the circuit or even cause a fire.
If the circuit correctly install the fuse, then the fuse will rise in the current to a certain height and heat, when the fuse itself cut off the current, so as to protect the safe operation of the circuit. 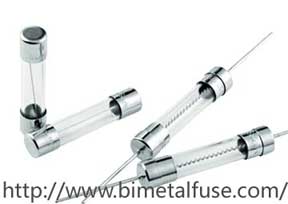 Ya Xun focus on the new over-current | overheating electronic protection components of the research, development, manufacturing and sales, access to a number of world-class fuse patent, with over-current protection alloy wire and overheating protection of fusible alloy wire and other advanced technology, using German automated production process. Provide a full range of current fuses, thermal fuses and other products, high performance, reliability, electronic circuit protection is the best choice.
Ya Xun for domestic and foreign customers with professional free design and application services, and to quickly deliver, excellent cost-effective to win customers praise. Ya Xun has a complete engineering research and development center,
Is the world with a small number of industry at the same time have the materials, equipment, technology patents, as well as computer simulation technology, mechanical and electrical integration R & D strength of the company, manufacturing efficiency, protection of electronic components in the field of world leader.
Our engineers combine the advanced technology of fuses and thermal fuses with traditional industrial technology, to provide you with one-stop from the rapid proofing to small batch production services. Please contact our professional team, let us come for you to achieve all the technical requirements.

What Is A Fuse?

Fuses are also known as current fuses, and the IEC127 standard defines it as a "fuse body." It is primarily a function of current overload protection. When the circuit fails or abnormal, accompanied by rising current, and the rising current may damage some important devices in the circuit, it is possible to burn the circuit or even cause a fire.
If the circuit correctly install the fuse, then the fuse will rise in the current to a certain height and heat, when the fuse itself cut off the current, so as to protect the safe operation of the circuit.

Fuse Characteristics
• Resistivity is large; low melting point.
• Small size, easy to install
• Disjunction capability precision, reliability
• Different structural features, installation in various forms
• Under normal conditions, the fuse has a long shelf life
• Recoverable fuse, reset can be repeated use
• Long life of the fuse, in case of fault-free circuit, synchronized with the life of the equipment 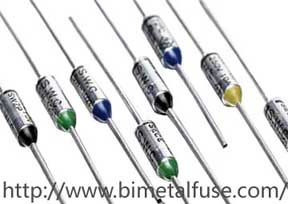 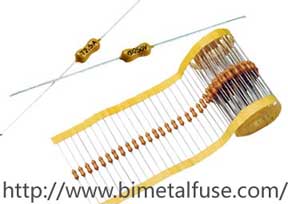 Current fuse is a hot fusing working principle, when the current flows through the conductor, because fusing wire conductor there is a certain resistance, so the conductor will heat up. When the circuit current is not normal rise,fusing wire will heat fusing, cut off the circuit current.
Resettable fuse is a current anomaly, the resistance becomes larger working principle, when the current through the polymer polymer is not normal rise, the fuse resistance will become larger, through the fuse current will be reduced to ensure the normal work of the circuit. 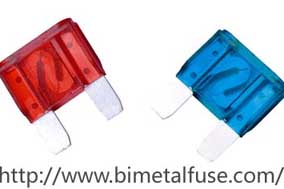 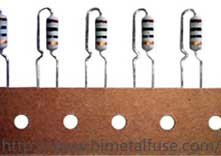 Fuse Selection
The most commonly used in circuit overcurrent protection components is the fuse. It is usually in series in the circuit, the fault current increases to a certain value, its own fusing and cut off the circuit, to protect the circuit in other equipment. So it is important to choose a suitable fuse:
A) Safety standards: European regulations fuse, the United States regulatory fuse, the Japanese regulatory fuse
B) Dimensions.
C) Fusing type: According to the current characteristics of the protected circuit, select the fuse fuse type (such as fast break F, slow cut T). For example, the current characteristic of the protected circuit is constant current, then fast fuse type is used.
D) Rated voltage (Un): nominal operating voltage of the fuse, code is Un, the fuse voltage rating must be equal to or greater than the effective circuit voltage. General standard voltage rating series is 32V, 125V, 250V, 600V.
F) Fuse minimum I2T : Determine the I2T of the fuse according to the surge I2T of the protected circuit. For example, the surge circuit I2T is 1 (A2S), in order to ensure that the fuse can withstand more than 100,000 times the impact of the fuse I2T should be greater than: ÷ 0.2 = 5 (A2S).
G) Rated current (In): also known as the nominal operating current of the fuse, code is In, the rated current of the fuse is determined by the manufacturing department in the laboratory conditions.

The structure and installation of the fuse 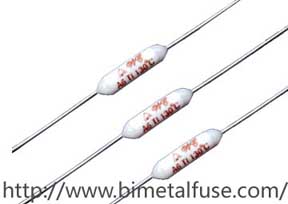 Current fuse composition structure:
1, the melt part (ie, current protection fuse), it is the core of the fuse;
2, the electrode part, usually there are two, it is fusing wire and circuit connection important parts, it must have good conductivity, can not produce a significant installation contact resistance;
3, the housing bracket portion:
Fusing wire are generally slender and soft, the role of the bracket is fusing wire fixed into a rigid product, easy to install. 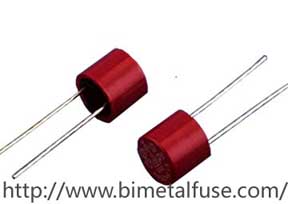 3. Working Temperature:
The operating ambient temperature or known operating temperature has a direct effect on the operation of the fuse. The higher the temperature, the hotter the fuse during operation, the shorter the life expectancy.
4. Voltage drop / cold resistance - (Ud / R) -,
In general, the fuse resistance is inversely proportional to its rated current value. In the protection circuit requires the fuse the smaller the better resistance, so that its loss of power is also small. Therefore, the provisions of its maximum voltage drop in the value of the fuse parameter.
5. Time-current characteristics - I-T characteristics or sonic characteristics
When the current flowing through the fuse exceeds the rated current, the melt temperature gradually increases, and even the final blow, which is the consequences of overload conditions.
UL The maximum fuse current of the fuse is 110% In;
IEC Specifications The maximum fusible current of the fuse is 150% In or 120% In.
6. Breaking capacity - Ir
Breaking capacity is the most important safety indicators of the fuse. it indicates the maximum current at which the fuse can safely cut off under the specified voltage. the breaking capacity is also known as the maximum breaking capacity, short-circuit breaking capacity or maximum breaking current.
When the flow through the fuse is quite large or even short circuit, still require the fuse can safely break the circuit, and does not bring any destructive. 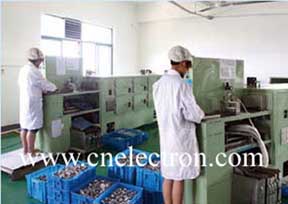 8. Durability - life
The life of the fuse is very long and can be synchronized with the life of the device in the absence of a fault.
Test the IEC fuse for the life of a small fuse:
In the DC power supply conditions, the 1.20In (or 1.05In) current conduction 1h, open the opening 15min, continuous 100 cycles, and finally to 1.5 In (or 1.05In) current through 1h, during which there can not be blown or otherb phenomenon.
Share:
PREV：Φ2.4×7, 3×7mm Bussmann series Ceramic Tube Slow Acting Small Fuse
NEXT：NONE